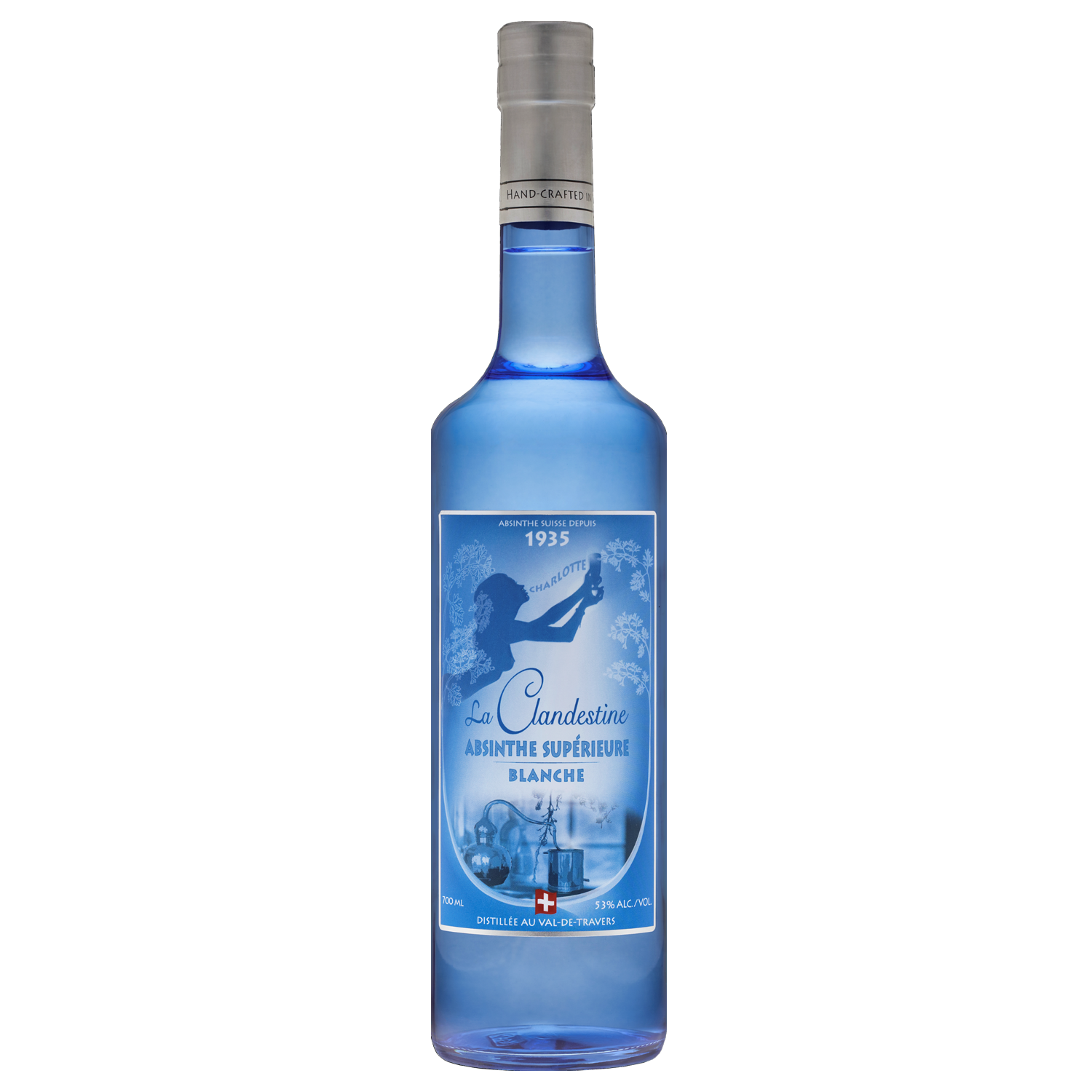 Distillerie Artemisia-Bugnon
An amazing absinthe with a receipe from 1935

La Clandestine Blanche is bottled at 53% abv. It has, at first nosing, a wonderful richness of aromas, followed by a lingering light bitterness. It is widely considered to be one of the best La Bleue absinthes.

La Clandestine is distilled using a 1935 recipe with more than 10 plants, including the famous local grande wormwood. Claude-Alain purchased the recipe from the creator's nephew and first hand-crafted this in 2001 in a 12 litre pot. In 2005, it became the first moonshine absinthe to be distilled legally in the Val-de-Travers, the cradle of absinthe distillation. Its traditional, artisanal production uses only natural ingredients. A very enjoyable discovery!

Did you know?
The name Charlotte on the label of La Clandestine Blanche is that of Charlotte Vaucher, the moonshiner who created the recipe in 1935.